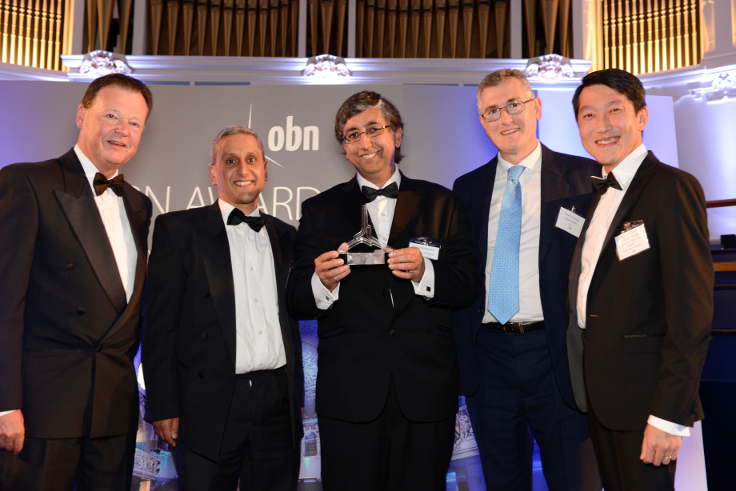 The award celebrates an innovative public-private collaboration among universities, industry and the National Health Service (NHS) that ultimately benefits patients. The award was presented by Dr. Paul Durrands, COO of the Oxford AHSN, during the Oxford Biotechnology Network (OBN) awards night on 6 October. He said, “This was undoubtedly the strongest shortlist we have had in the three years we’ve been running this award. There is some great work going on in our region with real potential to make a difference to patients locally, nationally and internationally.”

Chas Bountra, Director of SGC Oxford, Dr. Wen Hwa Lee, Director Disease Foundations Network and Strategic Alliances SGC, and Dr. Rab Prinjha from the GSK Medicines Research Centre accepted the award for the SGC. Prof. Bountra said, “The AHSN concept is superb – bringing together clinicians, researchers, innovators and entrepreneurs from across the local universities, hospitals and industries to help translate our ideas into benefits for patients, the NHS and the UK economy. We in the SGC feel privileged to work with such passionate colleagues and leaders. They are helping us to accelerate the exploitation of our pre-competitive outputs and define the benefits of open-access science for all the stakeholders.”

The judges noted that the SGC’s initiatives were of “significant scope and scale” and “could make a significant difference.”