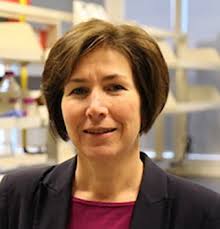 On September 8th, 2020, the Royal Society of Canada (RSC) elected Dr. Cheryl Arrowsmith, SGC-Toronto's Chief Scientist, as an RSC Fellow, the highest honour an individual can achieve in the Arts, Social Sciences and Sciences.

Cheryl Arrowsmith is a biomedical scientist internationally recognized for her pioneering contributions to the multidisciplinary field of structure-guided drug discovery. As cofounder of a unique international public-privatepartnership, the Structural Genomics Consortium, she leads its transformative Open Science program that is catalyzing the discovery of new medicines. Her research has developed, exploited and distributed thousands of unencumbered ‘chemical probes’ that are revolutionizing the creation of precision medicines for multiple diseases, especially cancer.

The Royal Society of Canada (RSC) and its Members have elected this year’s new Fellows and named the incoming class of The College of New Scholars, Artists and Scientists.

Eighty-seven new Fellows in the Academies of Arts and Humanities, Social Sciences, and Science have been elected by their peers for their outstanding scholarly, scientific and artistic achievement. Recognition by the RSC is the highest honour an individual can achieve in the Arts, Social Sciences and Sciences.

The RSC is also welcoming 50 new Members of the College of New Scholars, Artists and Scientists, that includes top mid-career leaders in Canada. The College provides the RSC with a multigenerational capacity to help Canada and the world address major challenges and seize new opportunities including those identified in emerging fields.

“The Royal Society of Canada is delighted to recognise this year’s exceptional cohort of inductees, as the contributions of these outstanding artists, scholars and scientists have significantly impacted their respective disciplines at both national and international levels.” says RSC President Jeremy McNeil.

The 2020 roster of truly remarkable individuals will be invited to accept membership to the RSC on Friday, November 27. The ceremonies will be uniquely adapted this year to ensure all new members will participate – whether from home, from campus, or in Toronto. We hope you will join us for this stunning landscape of talent, imagination, discipline, and discovery. Click here to register.

Click here for more information about the newly elected Fellows and College members.

Founded in 1882, the Royal Society of Canada (RSC) comprises the Academies of Arts, Humanities and Sciences, and The College of New Scholars, Artists and Scientists. The RSC. recognizes excellence, advises the government and the larger society, and promotes a culture of knowledge and innovation in Canada and with other national academies around the world.