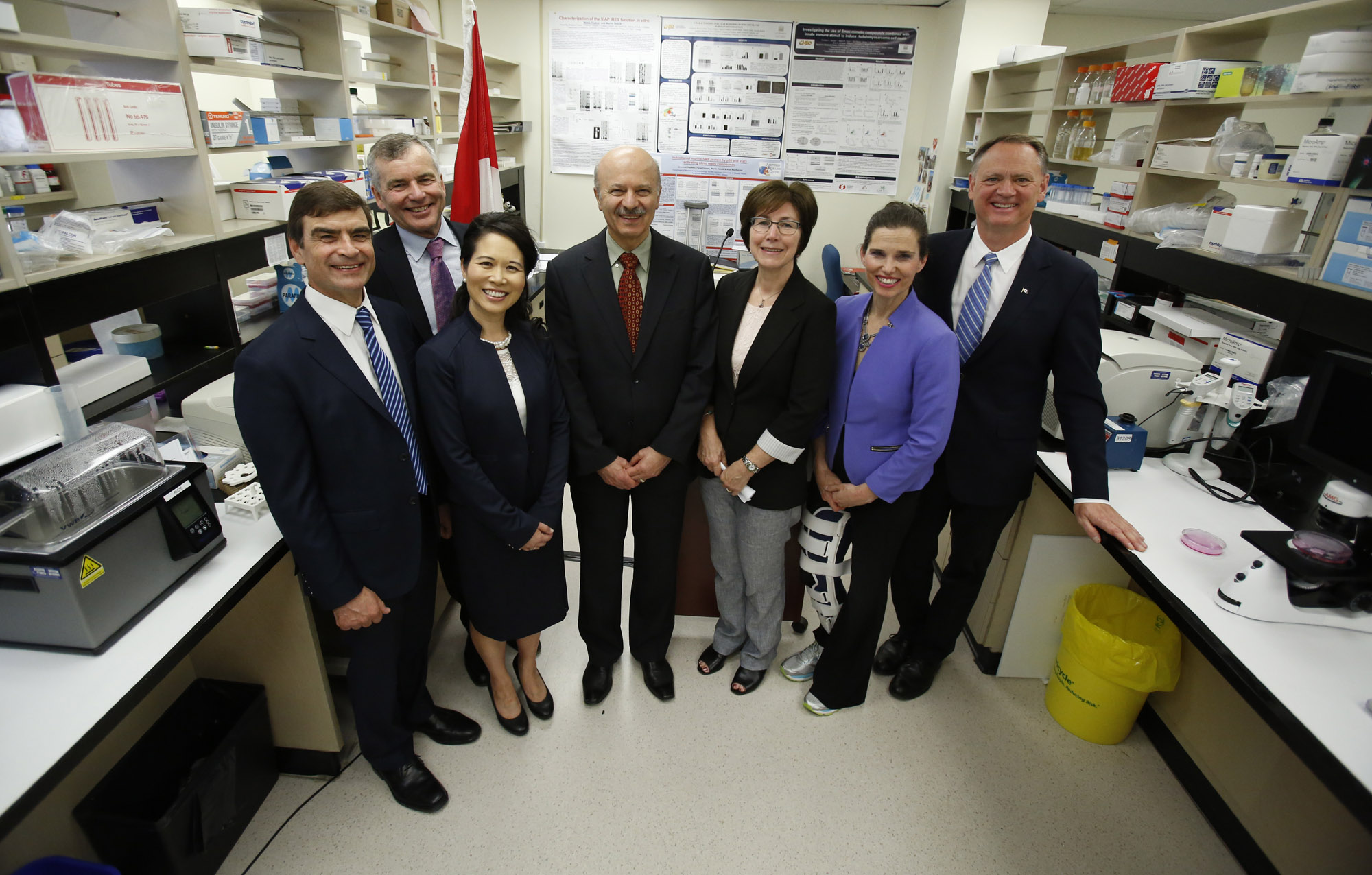 OTTAWA, June 12, 2017- Canadian scientists are at the forefront of open science, making their research publicly available so that other researchers, healthcare companies, doctors and nurses can use the information to quickly develop life-saving cures for Canadians. The Government of Canada supports this open and collaborative approach to science because it yields results that improve our health, environment, economy and communities.

Today, the Honourable Kirsty Duncan, Minister of Science, announced a new $33 million investment to support the Structural Genomics Consortium (SGC) – a Canadian-led, international public-private partnership that conducts basic science on the structures of human proteins and releases the research to the public to accelerate drug discovery and help patients worldwide.

The Minister made the announcement at the Children’s Hospital of Eastern Ontario (CHEO), where the Care for Rare project is researching a rare seizure disorder, one of the estimated 7000 different rare diseases that affect approximately one million Canadians.  In this open science collaboration, scientists are working with doctors and patients to discover the root of the children’s disease and how to best treat these illnesses.

This latest investment in the fourth phase of Canadian-based SGC activities, conducted principally at the University of Toronto, includes $11 million in federal funding through Genome Canada, $5 million through the Government of Ontario, and an additional $17 million through pharmaceutical companies. This funding will help translate scientific discoveries into cures for patients with a range of diseases such as cancer, ALS, Huntington’s disease, malaria and tuberculosis.

“The Government of Canada is pleased to renew its longstanding investment in the Structural Genomics Consortium. The initiative is a vanguard for open science, demonstrating the huge potential for innovation that comes from successful scientific collaborations and the resulting benefits delivered to patients in Canada and around the world. We are proud to support such projects that have a real and positive impact on our health, economy, communities and growing the middle class.”

“Ontario is a long-time supporter of the Structural Genomics Consortium and open science. The contributions our province’s scientists, and projects like CARE for RARE, are making to the SGC and open science are helping drive the discovery of new, improved and more affordable medicines.”

“SGC has a proven track record of delivering their objectives. Over the next years, Canadian hospitals are joining the SGC to expand its network of open science.  This network will accelerate our ability to identify potential new drug targets and therapeutic strategies for diseases including cancer, inflammatory bowel diseases, and neurodegenerative diseases such as Huntington disease.”

“Many have said that it is Canada’s time.  With this investment in the Structural Genomics Consortium at the University of Toronto, Genome Canada and partners will enable us and our collaborators to maintain Canada’s leadership in open science, with a goal of enabling scientists around the world to develop new medicines faster.”