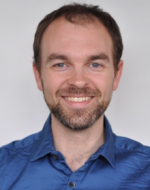 Dr Jean-François Trempe obtained a D.Phil. in Biochemistry at the University of Oxford in 2007. His postdoctoral years were spent at McGill University in the department of Biochemistry (2007-2010) and at the Montreal Neurological Institute (2010-2013). He joined McGill’s Department of Pharmacology & Therapeutics in August 2013. He holds a Tier 2 Canada Research Chair in Structural Pharmacology and has received the New Investigator Award from Parkinson Canada in 2014. His goal is to elucidate the function of proteins implicated in Parkinson’s disease through 3D structure determination and proteomics. He has notably solved the structures of Parkin and PINK1, two proteins implicated in a mitochondrial quality control pathway. These structures will pave the way to the development of therapeutics aimed at Parkinson’s disease. Dr Trempe is on the executive committee of the FRQS-funded Centre de Recherche en Biologie Structurale at McGill. Since 2020, he is the Director of the Proteomics platform at the RI-MUHC. His research program is supported by NSERC, CIHR, CFI, the Michael J Fox Foundation and the Agora Trust.