The Alzheimer’s Research UK Drug Discovery Alliance (DDA) and the SGC are collaborating to evaluate the role of novel targets in diseases underlying dementia. The aims of the collaboration are twofold: Firstly, to utilise the collection of chemical probes created by the SGC to determine if any of the target proteins regulate key pathological mechanisms in models of Alzheimer’s disease, Parkinson’s disease and frontotemporal dementia. Secondly, the SGC will use its resources, infrastructure and expertise to rapidly generate human proteins for DDA-nominated targets, biophysical and biochemical assays, three-dimensional X-ray structures, chemical starting points and potentially even well-characterised potent and selective cell inhibitors. All these reagents will be rapidly shared with dementia scientists across the globe, in an attempt to accelerate new medicines for patients.

Alzheimer’s Research UK funds around £33m of research, uniting more than 1000 dementia researchers from across the UK in a Research Network to support and streamline dementia research. The charity is dedicated to funding the best minds and forging the most effective partnerships to nurture discovery and ideas, as well as translating findings from this pioneering research into benefits for people with dementia. 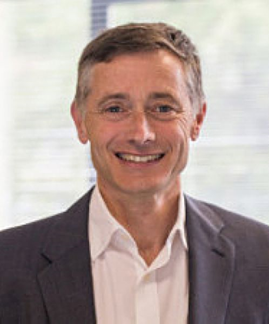 Dr John Davis, Chief Scientific Officer of the Oxford Drug Discovery Institute, said:
“One of the three Institutes making up the DDA has been located within the University of Oxford deliberately in order to promote collaboration with other institutes and we are delighted to be collaborating closely with the SGC, a world leader in structural biology and systems research for epigenetic targets. Dementia is an international problem of enormous magnitude, from the grief and loss it causes individual families right up to the economic burden it imposes on society as a whole. It is imperative that we find ways to tackle the diseases that underlie dementia, such as Alzheimer’s disease, and we are excited to be working with the SGC to discover opportunities for the treatment of dementias.” 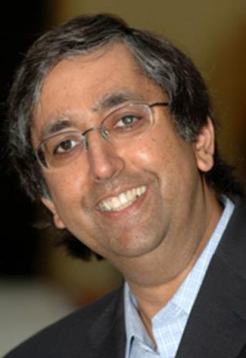 Prof. Chas Bountra, Chief Scientist at the SGC, said: “Alzheimer’s disease is a frightening condition for all – patients, relatives, care givers, scientists and healthcare providers. The only way we can crack the problem is by working together – pooling our resources, our expertise and our networks. We must do this with the utmost urgency, whilst firmly putting aside personal, institutional and commercial interests.

“I will do everything possible to bring to bear our know-how and the ‘open’ approach of the SGC to speed up new treatments for this dreadful disease – one that, unfortunately, is already, or will soon, touch all of us.”

Dr David Reynolds, Chief Scientific Officer at Alzheimer’s Research UK, said:
“Drug discovery for dementia is in need of a boost and academic science has the potential to re-ignite efforts and expand the current portfolio of targets being validated for the diseases underlying dementia. The SGC has a proven track record in identifying promising drug targets and their expertise, infrastructure and resource be invaluable in enabling the research already taking place within the Drug Discovery Alliance.”

The DDA has been formed to inject drug discovery expertise and resources into collaborative partnerships within and between academic institutions, expressly to accelerate translation of basic science into new treatments for the treatment of dementia. We invite any researcher with promising new approaches to tackling dementia, and who would like to collaborate in order to initiate drug discovery, to contact the DDA through the website.