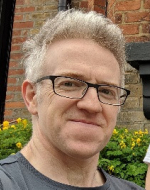 Mat’s research interests include the development of new ways to make molecules then finding out what those molecules do and why. He has a significant interest in open science and how it may be used to accelerate research, with particular emphasis on open source discovery of new medicines. He founded and currently leads the Open Source Malaria (OSM), Mycetoma (MycetOS), Tuberculosis (OSTB) and Antibiotics (AntibiOS) consortia, and is a founder of a broader Open Source Pharma movement. He is on the editorial boards of PLoS One, ChemistryOpen, Nature Scientific Reports and SciPost Chemistry.

In 2011, he was awarded a New South Wales Scientist of the Year award in the Emerging Research category for his work in open science and, in 2012, the OSM consortium was awarded one of three Wellcome Trust/Google/PLoS Accelerating Science Awards. For his open source research, Mat was selected for the Medicine Maker’s Power List in 2017–2021.